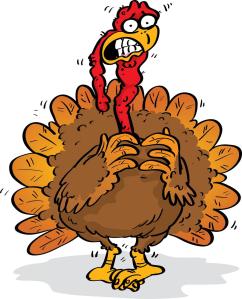 This is not a documentary of the war in Korea but a dramatized study of the effect of war on a group of people. Where dramatic license has been deemed necessary, the authors have taken advantage of this license to dramatize the subject.

Americans have a fascination with war films. Every year come Memorial Day, Labor Day and Veterans Day, the usual suspects can be found on Turner Classic Movies. Whether it is John Wayne in The Sands of Iwo Jima or Clint Eastwood in Kelly’s Heroes, there is never a lack of good action flicks to choose from. However, there is one particular film that never gets shown on television. In fact, I’m sure many of you have never even heard of it and with good reason. As the part of our month-long Countdown to Turkey Day, let’s bring out the first course of our turkey feast…Inchon (1981).

Inchon takes place during the Korean War and centers on the Battle of Inchon, a key conflict that was a turning point in the war. With a budget of $46 million, shooting locations from Italy to Ireland to Japan and South Korea, and a cast that was headlined by Laurence Oliver as General Douglas MacArthur, on the surface the movie appeared to have it all. However, what Inchon failed to have was a good script. The end result was a prime example of how all the money in the world and a star-studded cast cannot save a film that meanders for 2 ½ hours from random scene to random scene.

There are essentially four stories that make up Inchon. You have the primary plot in which General MacArthur leads the United States forces into what many called an impossible landing at Inchon. There is Major Frank Hallsworth (Ben Gazzara, Anatomy of a Murder) and Sgt. August Henderson (Richard Roundtree, Shaft), who are on the ground in South Korea and play a part in securing a lighthouse needed to signal the ships to land. Jacqueline Bisset (The Deep) stars as Barbara, the wife of Major Hallsworth, who spends most of the film driving and trying to get a group of orphans to a school and safety. Toshiro Mifune (Seven Samurai) is the father of a woman Major Hallsworth is having an affair with, both of whom ultimately play a key part in the success at Inchon. And then we have the group of reporters headed up by David Janssen (TVs The Fugitive) in his last role as David Feld Park. Along the way, you may even recognize Omar Shariff (Lawrence of Arabia) in a cameo role that clearly wasn’t worth the money he would have been paid. 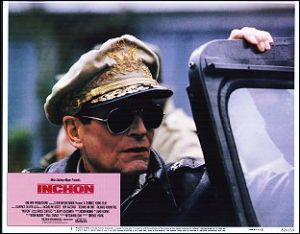 The script for Inchon was a horrid mess written by Robin Moore and Laird Koenig. Random scene changes and a lack of cohesion play a key part in this film’s ultimate failure. Initially, the movie was a bold idea on the horrors of war as told through three different love stories. But, even with a running time of 2 ½ hours, and an obvious need for action, the sub-plots seems to just get in the way. Director Terence Young was the man behind some of the earliest James Bond classics, including From Russia with Love (1963) and Thunderball (1965). This is not his shining moment on film. Composer Jerry Goldsmith (Star Trek: The Motion Picture) actually did put together a good score for Inchon. However, it gets lost in the random scene shifts.

All of the cast seem to just be going through the motions and trying to make some sense of the plot. Gazzara snoozes his way through the film while talents like Mifune and Shariff are wasted. Janssen’s role as the reporter was eventually cut from the film but was present in the version I watched. Somebody forget to tell the reporters to look like the 1950s rather than the 1970s, a rather irritating lack of detail. Laurence Oliver’s poor health plagued production while his makeup left him virtually unrecognizable without making him look like General MacArthur. The odd God references scattered throughout were meant to show some divine intervention in the saving of the South Korean people. It only adds to the thought that movie was ultimately propaganda, another factor leading to its failure.

Perhaps the biggest problem with Inchon actually concerns the source of funding behind the film. Toho Pictures was originally involved until they received pressure and dropped out. The controversial Unification Church and the Rev. Moon ultimately funded the film and the odd promotion, which involved psychics claiming MacArthur’s endorsement of the film and supposed images of Jesus Christ appearing on set photos. With other problems such as constant reshoots, cardboard cutouts used during battle scenes and the United States Department of Defense pulling their support after discovering the Unification Church’s involvement, Inchon never stood a chance at being profitable.

Inchon debuted on May 4, 1981, at the John F. Kennedy Center for the Performing Arts and, eventually, at the Cannes Film Festival in May 1982. A 105-minute version of Inchon was eventually released to theaters in September 1982, coming and going very quickly, soon to be forgotten. 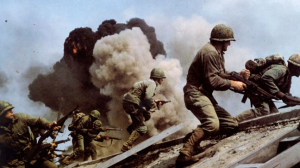 Inchon has never been released on home video in any format and, to the best of my knowledge, only played on the Goodlife Television Network sometime around 2000. The network was owned at the time by the Unification Church. Finding a personal copy of this film is going to be near impossible and, when do you stumble across one, it will likely be a bootleg made from this rare television airing. My copy wasn’t very good but enough to see how bad the film really is. Inchon is currently on YouTube and I recommend watching it, not for enjoyment but for a lesson in how all the money in the world does not a good movie make.

Stay tuned as we have the worst of the worst from Bela Lugosi, Boris Karloff and Peter Cushing coming up as we near Thanksgiving Day 2014 here in the US!