To be a listener of the B Movie Cast meant that Vince Rotolo welcomed you into his home. Each and every week, he would educate us on a film we either hadn’t seen in a long time or had never even heard of. Most of the times, they were winners and a few times, they were pretty bad. But no matter how bad the movie might have been, just listening to Vince’s positive comments and enthusiasm was infectious. His love for these movies never wavered.

As most of us cannot be there to celebrate the life of Vince Rotolo in person this week, I’m doing what many are doing tonight and tomorrow…thinking of his wife Mary and remembering some of the wonderful films he covered on his show. I was lucky enough to be a guest co-host on four separate occasions, back when I was referring to myself as “Richard from Wichita”, a name Vince never could forget. It was these reviews that gave me the encouragement to dust off my writer’s pen and write those first reviews for the B Movie Man site and, eventually, launch this blog. 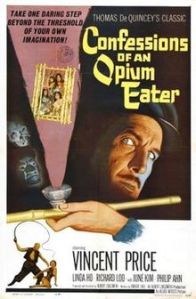 I have been humbled as I’ve heard my name mentioned more than once over the last week among the cast of characters known as the B Movie Clubhouse. Thank you Vince for having me on your show, starting this community which introduced me to so many cool people, welcoming me into your world and talking about the movies we loved.

After a six week absence, I am back on Dread Media. However, it was with mixed emotions that I returned. I was glad to be back recording a short message thanking everyone for their recent support. Unfortunately, I was also sharing the news of our departed podcast legend and friend, Vince Rotolo. Desmond Reddick has dedicated episode 453 to Vince, recognizing him for being an inspiration in his launching of the Dread Media podcast. While the shows are different in style, at the core you will find the same wonderful podcast community, people gathering to talk about the movies we all love.

Next week, I dive back into the film reviews as I will be celebrating three legends in May, the birth month of Vincent Price, Peter Cushing and Christopher Lee. I’ll be taking a look at some of their lesser efforts here at Monster Movie Kid and on Dread Media.