Periodically, I like to give some recognition to my friends in the film and monster communities. Maybe a podcast needs to be added to your listening list or a book should be added to your collection. This time, it’s a fantastic magazine featuring my good friend, Jeff Owens.

Jeff has recently been published in issue 19 of We Belong Dead magazine. This is really more of a digest featuring some amazing articles on films, actors and general historical references. Jeff has written a great piece on the Vincent Price classic, Pit and the Pendulum (1961). It’s a fantastic magazine overall and well worth the time and effort to add this to your reading list today.

If the magazine isn’t available at your local bookstore, you can buy the latest issue at Hemlock Books online. Then, be sure to let Jeff know what you think and, as always, tell ’em Monster Movie Kid sent ya!

Episode 8 of the Classic Horrors Club podcast is now live and it is our best one yet! Jeff Owens and I recently sat down to have a great conversation with our very first guest…the extraordinary Sam Irvin. In addition to all of his great work as a director and producer, he is also the author of “The Epic Untold Saga Behind Frankenstein: The True Story” in issue #38 of Little Shoppe of Horrors magazine.

And stay tuned because Jeff and I will be talking about the movie itself in episode 9 coming out in about two weeks.

Roger Corman is a true legend in the horror community who often gets overlooked for his staggering contributions to the genre. As of this writing, he’s produced 412 films, two of which are still waiting release, as well as directing 56 films on top of that. His directing career began in 1955 with The Beast with a Million Eyes being his first foray into the world of science fiction and horror, albeit an uncredited one. In 1957, just after completing the well-known epic Attack of the Crab Monsters, Corman decided to step into the world of reincarnation with a mostly forgotten effort entitled The Undead.

In the 1950s, reincarnation was a popular theme but it was a gamble for The Undead because a film based on the popular book The Search for Bridey Murphy, written by Morey Bernstein, was already in production. If it failed, The Undead would surely fail as well. The original script, by Charles Griffith and Mark Hanna, was written in iambic pentameter. Once the script was shown to a variety of people, it was determined that nobody understood it. It had to be rewritten, resulting in a film that comes off as more comedic and disjointed at times. 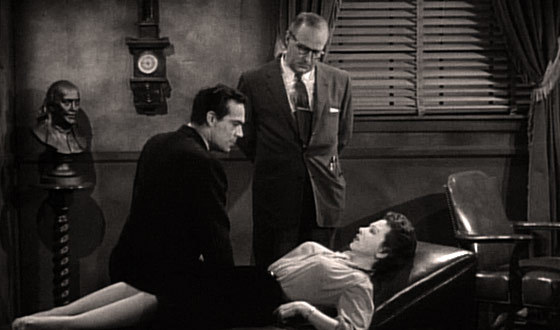 Val Dufour, best known for TV westerns and soap operas, stars as Quintus Ratcliff, a scientist who believes he can send someone back in time to their past lives. After luring a prostitute named Diana Love (Pamela Duncan) into the office of a former teacher, he proceeds to hypnotize her. He succeeds and sends her back to the body of her past self, Helene, a woman suspected of being a witch. Diana helps Helene escape prison but this draws the attention of Livia (Allison Hayes, Attack of the 50-Foot Woman), a real witch who actually committed the crimes Helene was accused of. Quintus eventually has to go back in time himself to ensure Helene avoids her own death so that Diana can continue to live in the present. Otherwise, because of the psychic link, Helene’s death could result in Diana’s as well.

The Undead is an odd little film that is one of Corman’s least talked about efforts. In fact, I wasn’t even aware of this film before seeing a poster for it at the recent Monster Bash convention. The film suffers from many of the usual Corman deficiencies, primarily a low budget. It was filmed over the course of 10 days in an old grocery store. Without any location shots, the movie looks incredibly cheap, almost like a television show. Sets were quickly constructed and very unconvincing but that isn’t its’ biggest problem. 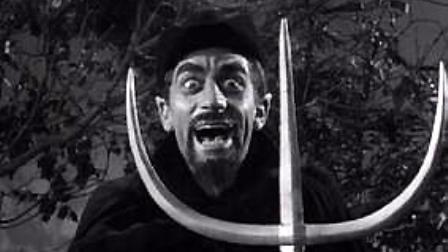 The last minute rewrites on the film, due in large part to a waning interest in reincarnation, make the film appear even more disjointed than it already is. The switch in focus to more of time travel story, and the very odd inclusion of Satan himself, ultimately really hurts the film. While Pamela Duncan and Allison Hayes turn in adequate performances, as well as some minor roles played by Billy Barty and Dick Miller, it isn’t enough to save The Undead from an odd story that never really pays off. The twist at the end comes off almost funny rather than tragic. 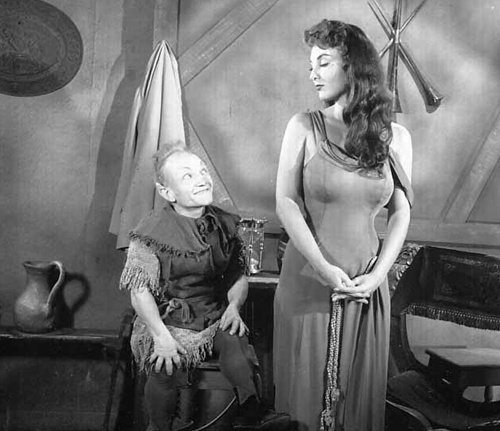 Most of us know by now not to expect too much from a lot of Roger Corman’s films. For every classic like The Raven or Masque of the Red Death, we have to suffer through a Teenage Cave Man or Last Woman on Earth. That said, The Undead isn’t Corman’s worst film and isn’t too bad for a rainy day. It’s currently free on YouTube, which is the easiest way to watch it since it’s never had an official release.

I’m excited to announce that I’ve been asked to join the Mihmiverse Monthly Audiocast! Starting with episode 33, I will have a new monthly segment called the Kansas City Crypt where yours truly, the Monster Movie Kid, will take a quick look at classic movies in a different way.

​In the first edition, I do a compare and contrast between the original 1932 version of The Mummy, starring the legendary Boris Karloff, and the new 2017 version starring Tom Cruise.

Thank you Christopher R. Mihm for inviting me in for my little corner of the Mihmiverse!

Monster Bash 2017 is history but before we start our plans for 2018, it’s time to look back at my first (and long overdue) trip to Mars! Tune in to episode 7 of the Classic Horrors Club podcast as Jeff and I talk about all things Bash, as well as listen to some clips with the legends, like Ricou Browning and Bert I. Gordon. Then, it’s time for our movie this month, The Beginning of the End (1957), directed by Mr. BIG himself!

The Online Home of the Films of Christopher R. Mihm:

The Films of Joshua Kennedy: