The world in 1950 wasn’t too different from 2017. The Korean War had just started, the threats of Communism and the Cold War were on the horizon, and there were fears of the hydrogen bomb. Real life is often reflected in the media of the day, so it was in 1950 at the movie theaters. We would begin to look to the stars for the answers and the 50s would bring in a new era of sci-fi classics like The Day the Earth Stood Still (1951) and War of the Worlds (1953). Unfortunately, for every classic there is more than one celluloid stinker. Sadly, such is the case with The Flying Saucer (1950). 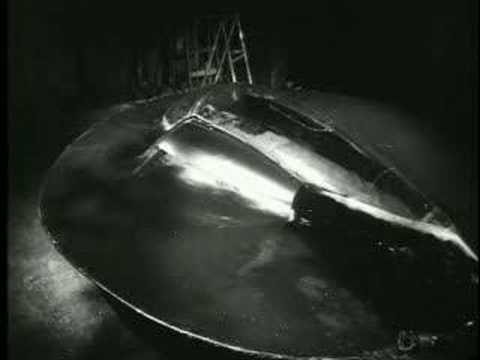 The plot is fairly basic as the CIA sends Mike Trent (Mike Conrad) to Alaska undercover with agent Vee Langley, posing as a nurse to his cover as a man suffering a nervous breakdown. They are there to discover the secret behind mysterious sightings of a flying saucer. Of course, they are in a race against time as the dreaded Russians are suspected of sending their own agents. Mike and Vee must uncover the secret first for the old red, white and blue.

Mikel Conrad didn’t headline too many movies in his 24 film credit career and it’s not surprising considering he has the charm of a rock. Conrad brings very little to the party, which is troublesome considering the poor script and even more lackadaisical production. A better actor, such as John Agar, might have made the movie at least somewhat enjoyable to muddle through. Unfortunately, Conrad falls flat and isn’t helped out by his leading lady, actress Pat Garrison. Aside from an odd credit in a 1985 film, Garrison never worked in film again, probably due to her lack of charisma as well. In fact, the only cast members of note are character actor Russell Hicks and future Dukes of Hazzard star Denver Pyle. 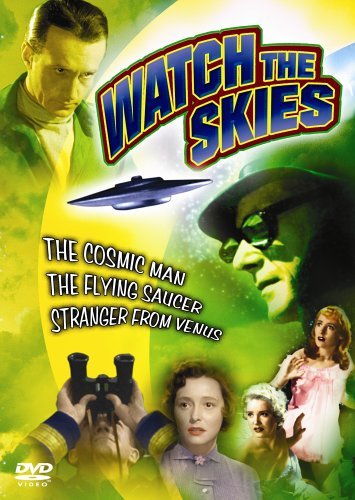 So, if the acting isn’t up to par, what about the plot? Well, with a running time of 69 minutes, I’m still trying to figure out how they stretched a paper thin plot out that long. The obvious answer would be the never-ending Alaskan footage that appears to be left over from someone’s uninteresting vacation. There is so little action in this film, one wonders why the producers ever made The Flying Saucer in the first place. Mikel Conrad also wrote, produced and directed this odd effort, his only time accomplishing any of those Hollywood roles.

And the actual flying saucer itself? It looks incredibly cheap, virtually no background is given on it or how it works, nor is there very much science fiction in this incredibly droll tale. The Flying Saucer is available on DVD as part of the Watch the Skies! set. I sincerely hope the other two films are better since The Flying Saucer goes down as one of the worst films I’ve ever seen. It’s boring and offers very little entertainment.