Plot: The OS.I. (Office of Scientific Investigation) is in search of the mystery behind the composition of meteors in an effort to learn how strong pocket ships will need to be to survive in space. So the best of the best in scientific research are gathered at a secret base in the desert to determine who is strong enough to survive a mission in space to capture a meteor. 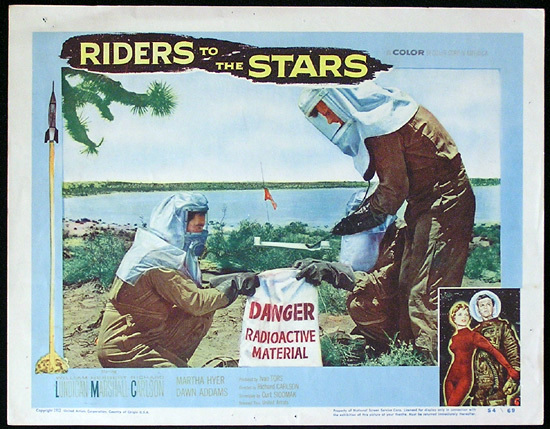 Richard’s Review: Last summer, I reviewed The Magnetic Monster (1953), the first of the O.S.I. trilogy. Despite having three films in the series, there is no solid connection between the films other than the presence of the O.S.I. and some of the same actors, albeit playing different roles. However, we thought it would be fun to wrap up the trilogy proper, so next up is Riders to the Stars (1954). 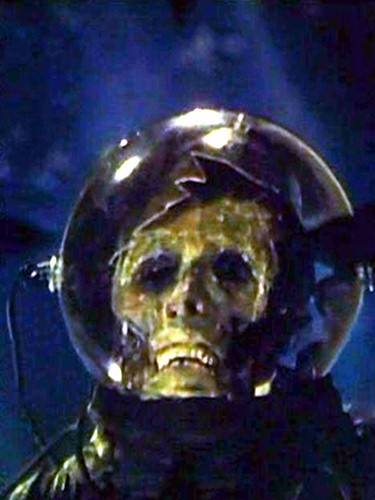 I’ve wanted to see this movie for years but it’s never been officially released on home video and online copies have always been hard to find and of poor quality. Thanks to an airing on TCM several years ago, a print was recently uploaded to YouTube, making it possible to finally watch it. Unfortunately, as can sometimes happen, the wait is not always worth it and such is the case with Riders to the Stars.

I found it generally well-made and it features a fine cast. However, the science in the film, once considered fairly accurate and cutting edge, hasn’t necessarily aged very well. The movie is also very slow-paced with an 80 minute running time. I felt like they were hoping to make it feel like a grand space epic but the end results were underwhelming. That said, I still enjoyed the film for the relatively simple story it told, but the journey and the ultimate payoff seemed to be lacking. 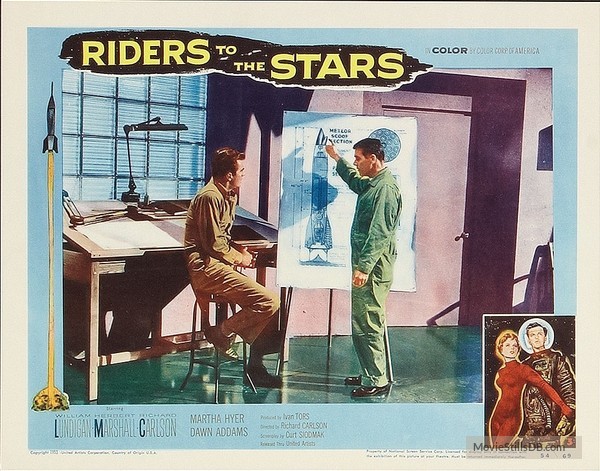 Karla’s Thoughts: This movie hurt my scientific brain. How they thought that snatching up a meteor in space would end well is beyond me. The process of picking the astronauts was bizarre but the acting was well done. However, the science simply hasn’t aged well as it came across as very dated. How were they were able to launch three rockets almost simultaneously? And why did the astronauts go insane as quickly as they did? I don’t think I’ll be rewatching this one any time soon.

Availability: Riders to the Stars (1954) is only available on bootlegs for home media but can currently be found for free on YouTube.