Plot: The OS.I. (Office of Scientific Investigation) has built the supercomputer NOVAC to help research space travel but outside forces threaten the hidden underground base. Bodies are piling up, strange aircraft fly overhead and two troublesome robots named Gog and Magog make for a unique science fiction adventure. 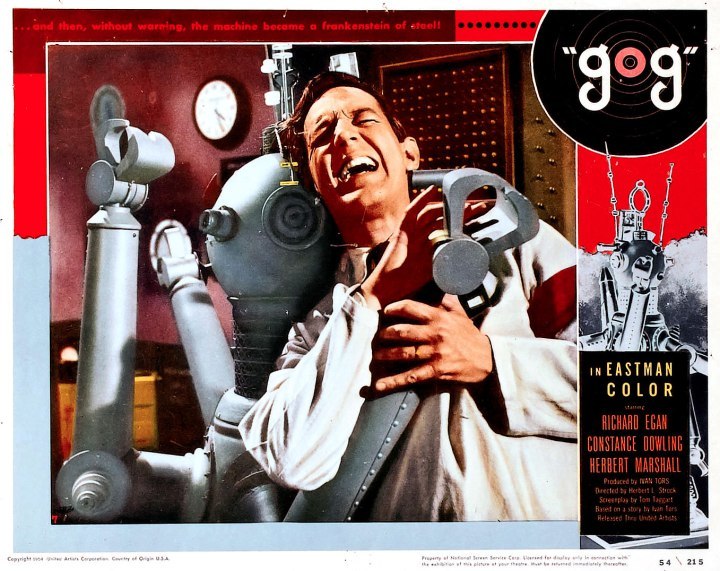 Richard’s Review: Gog is the final chapter in the O.S.I. trilogy and is somewhat of a mixed effort. Despite English not being his native language, Ivan Tors certainly knew how to write a lot of dialogue. Gog suffers from being very wordy with little action. And despite being heavy on science fact, the film struggles in several key moments, hurting the overall believability of the story. One such major mistake occurs when a doctor informs David and Joanna not to enter a room due to dangerous radioactivity. He is covered from head-to-toe in a protective suit but they aren’t, and they walk in anyway. They suffer no ill effects, which makes no sense at all. Moments like these, coupled with non-stop talking and a very low-key detective procedural type story, make for a slow-paced film that isn’t bad but not necessarily a must-see again and again classic.

Karla’s Thoughts: The science in this film, or lack thereof, really hurt my overall enjoyment. I thought the acting was good and the story wasn’t bad but it was more police drama and less science fiction. Several “real science” elements made no sense but should have even by 1954 standards. It just seems there was a lack of detail and thought taken when making Gog. However, I did like it enough that I would see it again but my brain would have to be turned off. 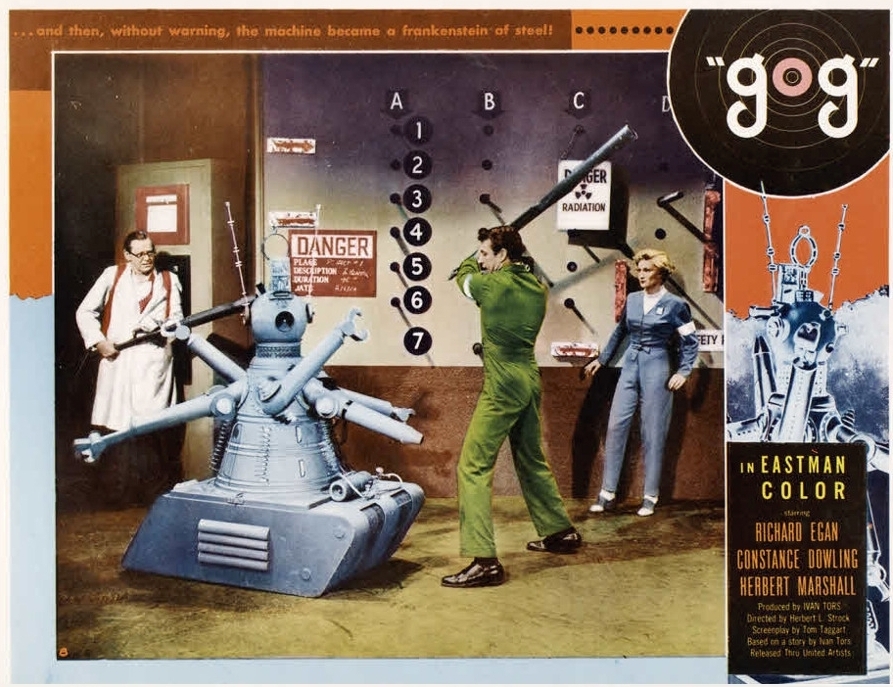 Availability: Gog (1954) is available on a new Blu-ray from Kino Lorber in both 2D and 3D.