When Godzilla was released in 2014, anticipation was high for Warner Brothers and Legendary to do right by Toho franchise. While it certainly surpassed the ill-conceived American film from 1998, audience reaction was mixed. Most fans felt it needed more monster action and less plot. They also wanted to see more of Bryan Cranston and Ken Watanabe. I enjoyed it when I first saw it but definitely felt like it could have been better. I wanted more monsters! Upon revisiting the film the other night, I have to say that the film doesn’t quite hold up as well as I remembered it. It’s not the worst of the franchise but it did leave me going into the sequel with lower expectations. I can now say that I was pleasantly surprised with Godzilla, King of the Monsters (2019) and I believe fans most definitely got their wish. There are more monsters and a lot more kaiju action on the screen than we’ve seen in a long time.

Godzilla, King of the Monsters starts off by introducing us to our two lead characters, Mark and Dr. Emma Russell, as they are searching for their lost son in the rubble during the climatic events of the last film. Flash forward five years, their son is gone and the Russells have split up. Mark is shooting wildlife pictures while Emma is working for Monarch, which has come under fire for failing to publicly reveal their efforts to conceal just how many monsters, or titans as they’re called here, are roaming the planet. Their daughter Madison is greatly concerned about her mother, foreshadowing some plot twists that set everything in motion for the monster rumble of all rumbles to take place with Earth as the battleground.

Godzilla gets significantly more screen time here as he is now clearly the protector of Earth against the evil Monster Zero aka King Ghidorah. Our old friend Mothra is introduced as is Rodan, along with several other new kaiju. Godzilla looks better here with minor revisions but mostly because he is much more mobile in this film. Ghidorah has never looked better and Rodan has received some significant upgrades from his early days at Toho. Mothra remains mostly unchanged except for enhancements courtesy of CGI technology. The battle sequences are awesome but here lies my biggest problem with the film. I think the final battle is simply too bombastic. I had the same concerns with Aquaman and Guardians of the Galaxy Vol. 2. They could have toned it down a notch and held back a little to get better results. Sometimes, less is more and that philosophy would have worked here. However, I think director Michael Dougherty (Trick ‘r Treat, Krampus) was trying to give fans more after the complaints of the first film. Someone in the editing room should have reined him in a little as the end result seems a little long and excessive. It was certainly a lot of fun but also somewhat exhausting after a while.

The cast includes Kyle Chandler (First Man) and Vera Farmiga (The Conjuringfranchise), both turning in good performances. Millie Bobby Brown (Stranger Things) was great as Madison and plays a key role in the finale but hopefully she’s given a little more to do in next year’s Godzilla vs. Kong. It was fun to see Dr. Ishiro Serizawa (Ken Watanabe) back and Charles Dance (Tywin Lannister on Game of Thrones) clearly had fun chewing up the scenery as the evil Jonah. He was a perfect bad guy and I think we’ll be seeing him again. 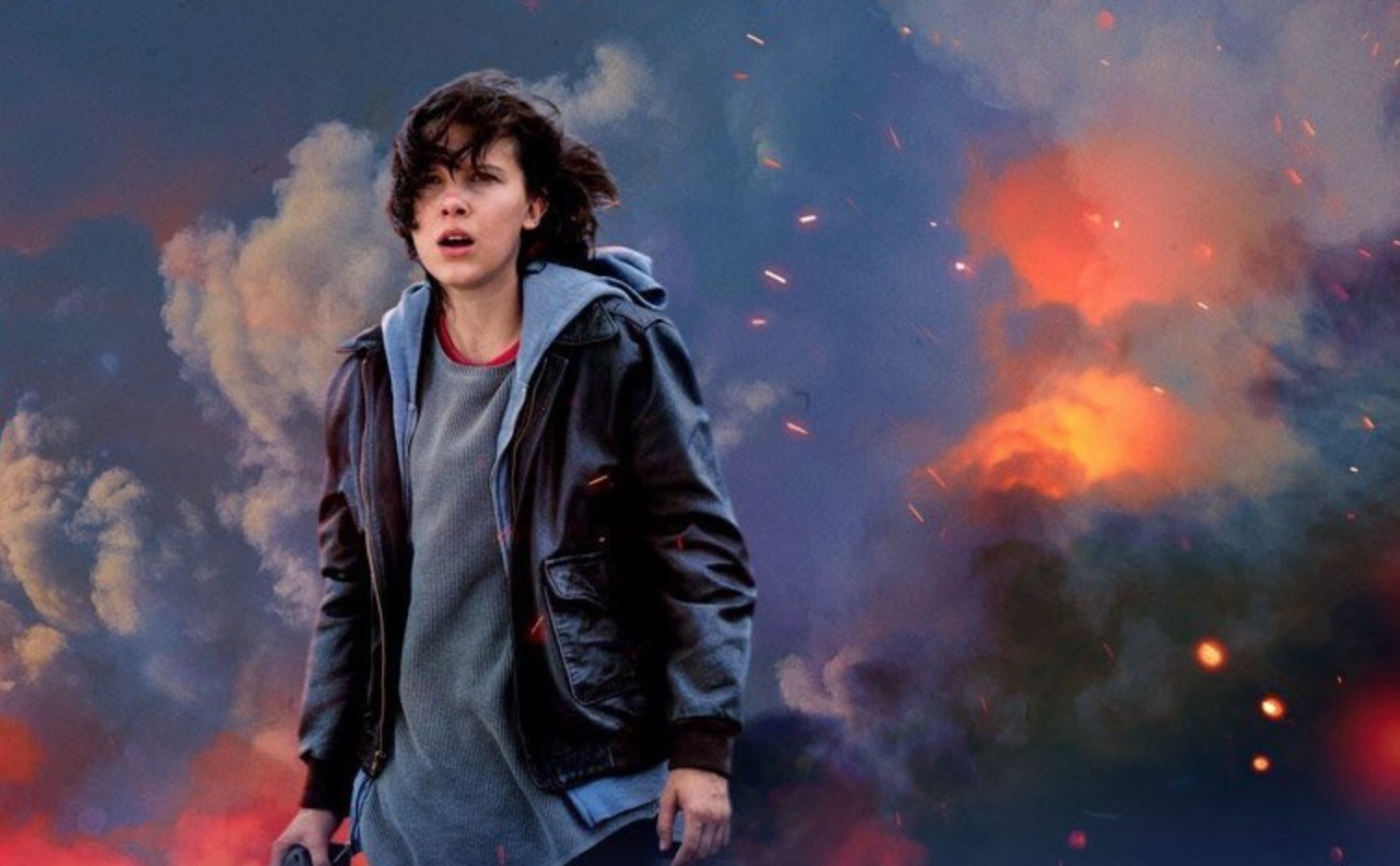 I also have to mention how fun it was to hear Akira Ifukube’s Godzilla theme and Yuji Koseki’s Mothra music. This homage to the past was amazing. It was also great to hear the classic rock tune “Godzilla” over the end credits but I wish Blue Oyster Cult’s version would have been chosen.

Godzilla fans will definitely be pleased with the 32nd film in the franchise. It’s not perfect but much improved over Godzilla (2014) and it sets the stage for next year’s Godzilla vs. Kong. Kong is casually referenced in this film but absent from the big showdown. Make sure to read the numerous headlines at the end of the film as it establishes that Godzilla clearly has a new rival in the making for the title of King of the Monsters!

All pictures copyrighted by Warner Brothers and Legendary Pictures.