Plot: Jerry and Mike are radio show actors who find themselves wrapped up in a real life crime drama against notorious villain The Cobra. 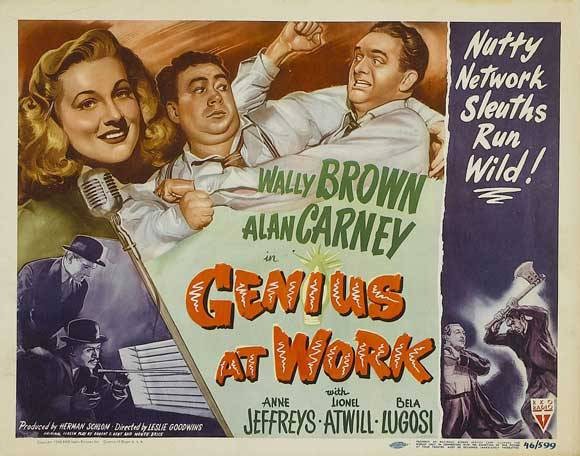 Personal Thoughts: After the success of Zombies on Broadway (1945), the cast was reunited for this lesser effort. It’s nice to see Lugosi doing another movie for RKO but he doesn’t have as much to do here. He’s essentially playing Atwill’s henchman. Atwill turns in an average performance as The Cobra. Wall Brown and Alan Carney aren’t as funny here as they were in their previous film nor is Anne Jeffreys as charming. A fairly routine comedy whodunit that isn’t very inspiring. It will be very hard to find a copy of this one but don’t spend too much time trying.

Availability: Not available on YouTube or DVD (except for bootleg copies) but can be found online at the time of this publication.