My podcaster partner-in-crime, Jeff Owens, is once again in print as the latest issue of We Belong Dead is now available! In issue 21, Jeff has written an article on pre-code horrors. This magazine continues to impress me for it’s amazing content, color content and vibrant covers. So, I’m sure this issue will be another classic for your bookshelf!

Visit unsunghorrors.co.uk today to order your copy and be sure to tell ’em Monster Movie Kid sent ya!

When Jeff Owens and I got the call from Steve Turek, the Gruesome Twosome from Kansas City were up for the task. Steve has partnered with my good friend Derek over at Monster Kid Radio to help out with the first ever Monster Movie Madness tournament. It’s just like the NCAA basketball tournament but made better with monster movies.

Jeff and I were honored to handle the East Division while filmmakers Christopher R. Mihm (North) and Joshua Kennedy (South) along with Master Kaijucaster Kyle Yount (West) are the experts for the other three divisions.

Tune in below and vote for which films you think will advance!

While the rest of the world is talking basketball, it’s time for us cinephiles to do what we do best…watch and talk about movies. Jeff Owens and I return for our 3rd annual visit to the Nightmare Junkhead Podcast to join Greg and Jenius as we journey Into the Mouth of March Madness. Our year was 1979 and we all discuss the next four films in their bracket for best horror film of 1979. We’ll be talking about Alien, The Amityville Horror, Phantasm and Salem’s Lot. Tune in to episode 168 to find out which two films will survive to the next round. And thank you Greg and Jenius for having us back once again!

This month on episode 28 of the Classic Horrors Club Podcast, Jeff Owens and I discuss how the UK, best known for its gothic horrors, fares when London is invaded by giant monsters. Are the British suited for the sub-genre? Look no further than The Giant Behemoth (1959), Konga (1961), and Gorgo (1961) for evidence to support your opinion.  Just remember, we aren’t British (hence the continued mispronunciation of the word “Quatermass”), but we do play them on the podcast.

Join us in our clubhouse at:

Last month, I had the extreme pleasure to experience the Alloy Orchestra perform their live score for the 1927 science fiction classic Metropolis at the Kansas Silent Film Festival. This amazing film has had a long and interesting journey since it debuted 92 years ago. In fact, it was on this date, March 13, 1927, that the film had its wide release in the United States. However, the version people saw then would go through many variations in the decades that followed. 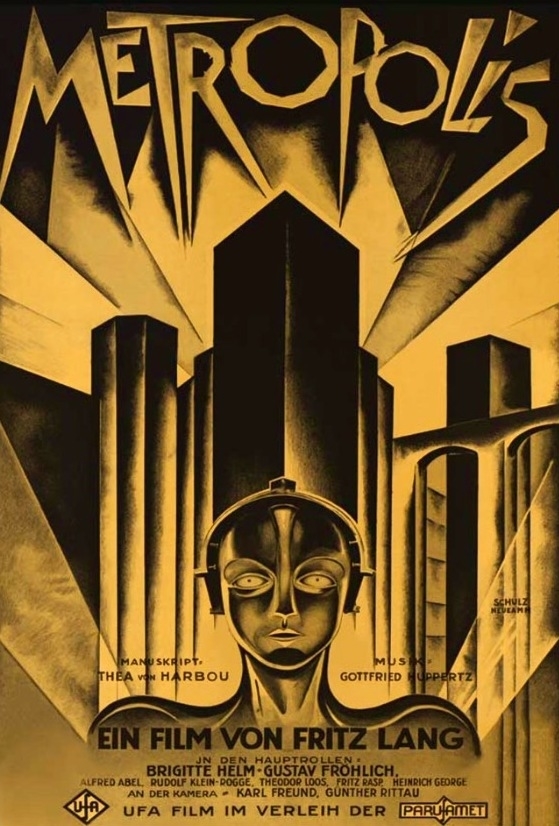 The vision of Brigitte Helm as the robotic Maria is so iconic that many people have seen it without ever really knowing its origins. Watching it on a big screen with live music was something I never dreamed of in the late 80s when I first watched it on a Goodtimes VHS release. Even then, the story of a futuristic city where a class struggle reaches a boiling point engaged my inner child. My love for escaping within celluloid fantasies of other worlds and times was quenched with Metropolis. Certain parts confused me though and I assumed it was something lost in the translation with decades of time passing since the silent era. Little did I know that there were countless minutes of footage excised from the story that would someday resurface for an older and wiser version of myself to enjoy.

Fritz Lang began filming Metropolis in March 1925 and it took nearly two years to complete. With more than 37,000 extras, expansive sets and cutting edge special effects, it’s undeniable that Metropolis still holds up today. This was an era where computers didn’t exist and special effects required ingenuity and unmeasured talent. Upon this most recent revisit, I continue to discover new elements and be amazed as the visual story unfolds. Add in the musical mastery of the Alloy Orchestra, and the bombastic experience was exhausting and exhilarating at the same time. 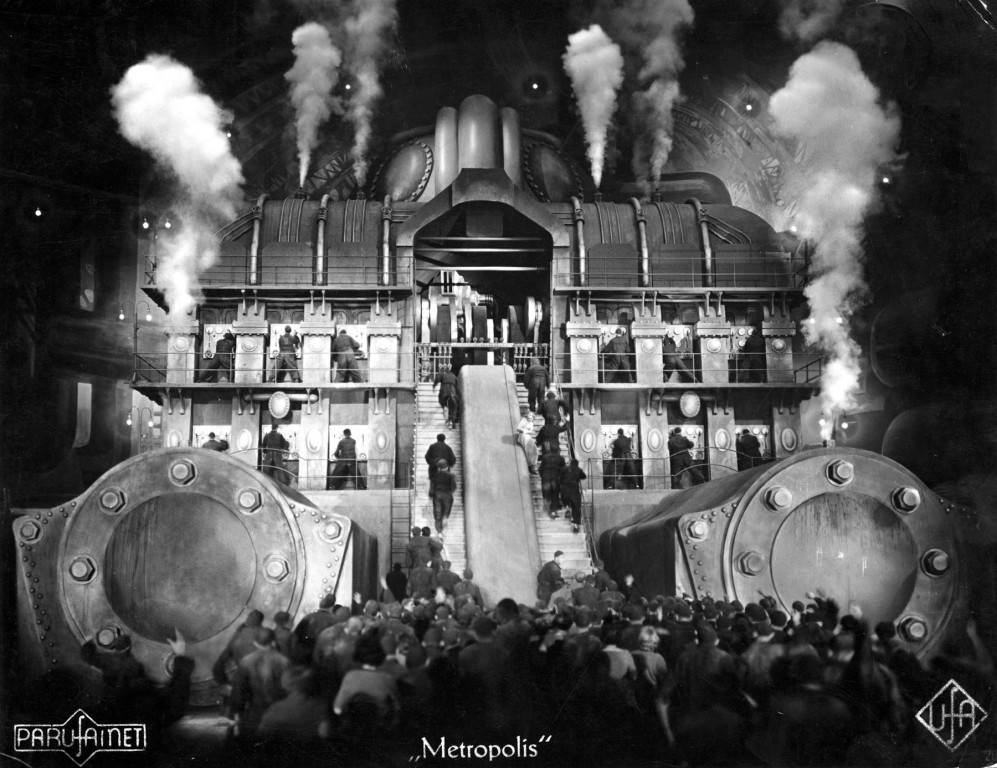 Metropolis premiered on January 10, 1927, in Berlin, with its United States debut following in New York on March 6. In the two years that followed, it continued to debut around the world with various cuts along the way due to various forms of censorship general edits for time. By the 1980s and the arrival of affordable home video, Metropolis was a shell of its former running time. The Giorgio Moroder version in 1984 introduced a new cut to modern audiences but with many sequences cut or lost, there were elements of the film that seemed disjointed. A 2001 restoration digitally restored the film from the best elements available at the time and the end result was truly amazing. Gone were the truncated and murky prints we all relished in those early days of VHS. However, the best was still yet to come.

For decades, all that existed of Metropolis were portions of Fritz Lang’s original vision. In July 2008, that all changed when a 16mm copy of the original full-length 35mm export print was discovered at a Buenos Aires museum in Argentina. Ultimately, nearly 25 minutes of lost footage was recovered and restored. While some film elements are rough and some fragments still missing, the story is now much less disjointed and all the more engaging with tinted and sharp images to capture the attention of modern audiences. 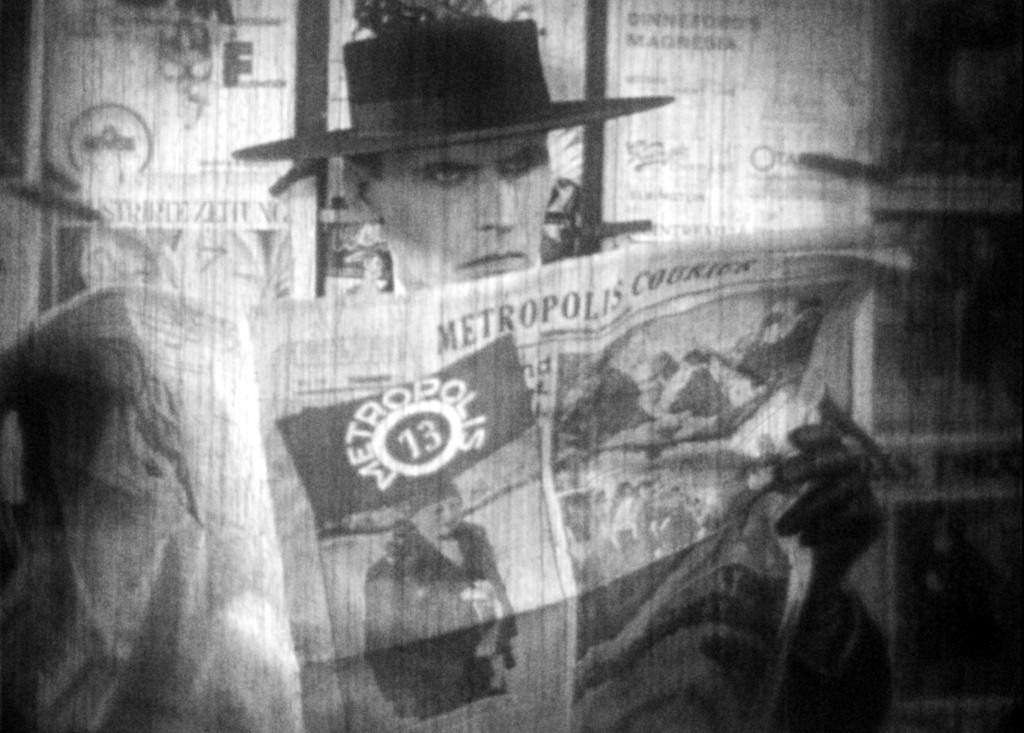 On February 12, 2010, the most recent restoration had its premiere at the Berlin International Film Festival. It is this version that is now widely available for future generations to discover and it may very well be the most complete version we’ll ever get. However, we never know what may still be lurking in some unmarked tin in a church basement in a forgotten corner of the world.

Until that day, we can relish the gift we’ve been bestowed and watch a restored Metropolis any time of the day, anywhere in the world. You should definitely add the Kino Lorber Blu-ray to your personal collection today and discover the classic for yourself. We truly live in a new golden age of cinema.

This week on episode 602 of the Dread Media Podcast, it’s time for some Edgar Allan Poe inspiration as I take a look at the Euro horror flick Web of the Spider (1971) starring Klaus Kinski in a supporting role as Mr. Poe himself. As always, tell ’em Monster Movie Kid sent ya!

The Kansas City Crypt is open again for episode 53 of the Mihmiverse Monthly Audiocast. This month,  I talk about my recent experience watching the original Frankenstein from 1910 with live music at the Kansas Silent Film Festival.

Be sure to check out the online home of the films of Christopher R. Mihm for all of the great merchandise and information on how you can help make future films happen! Queen of Snakes is ready for it’s world premiere on April 24 while That Which Lurks in the Dark is on the horizon. Check out the website to learn how you can contribute to the making of both upcoming chapters in the Mihmiverse. As always, tell ’em Monster Movie Kid sent you!

This week on episode 601 of the Dread Media Podcast, with Easter a little more than a month away, it’s time for some giant killer rabbits as I take a look at the 1972 “classic” Night of the Lepus. It features an interesting cast that includes DeForest Kelley (aka Dr. McCoy from Star Trek). As always, tell ’em Monster Movie Kid sent ya!