The second episode of the Classic Horrors Club Podcast is now live and in living color! This month on episode 2, Jeff and I take a look at all things Triffid. We discuss the original 1951 novel, the first BBC Radio broadcast in 1957, and the 1962 movie with Howard Keel, as well as the 1981 and 2009 miniseries. Check out the links below and get ready to learn all you need to know about The Day of the Triffids!

The Classic Horrors Club Podcast is part of the Phantom Podcast Network, which you can subscribe to on iTunes, or through Soundcloud. Jeff has been hard at work on the audio, so let us know what you think!

This week on episode 490 of the Dread Media podcast, I take a look back at the Underworld franchise so far and then the latest entry, Underworld: Blood Wars (2017). It’s been an interesting ride so far and, apparently, it’s not done yet! 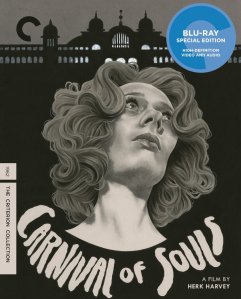 This week on episode 302 of the Rondo Award Winning Monster Kid Radio podcast, Mr. Derek M. Koch and I sit down to discuss the classic Carnival of Souls (1962)! This classic is now available on a new Blu-ray from The Criterion Collection and it looks amazing. Grab a cold beverage and a snack, fire up your audio listening device of choice and join us for a great conversation!

Monster kids unite! Allow me to introduce The Classic Horrors Club Podcast! Jeff Owens, from the Classic Horrors Club website, and Monster Movie Kid love all things horror and monsters. We both live in the Kansas City metro area and whenever we get together, we talk movies for hours. So we decided to stick a couple of microphones in front of us to see what would happen. And this is the result.

Now, let’s get out some honest disclaimers. Jeff is the technical wizard and learning all about editing. So, you’ll find that the audio quality sounds like we’re in a dungeon (which is kind of a cool 1960s AM radio effect). That will be improved in future episodes. We’re also open to feedback and want to hear from you on how we can improve. We’re looking at setting up a website and Facebook page in the future but for now, reach out to us on Facebook or through our respective websites. We also would like to hear what you want us to talk about in the future.

Our goal is to provide something a little different and not step on any other podcast toes. I’ll continue to be heard on the Dread Media podcast and I have future episodes planned for Monster Kid Radio. Derek and Desmond produce fantastic shows, so Jeff and I want to add to the community, not take away from them or other shows, such as the B Movie Cast.

In this first episode, we’ll be talking about King Kong (1976) as it celebrates its’ 40th anniversary. There is some comparison to the other versions and sequels, as well as some financial facts and what the cinematic landscape looked like in 1976. Watch the trailer on YouTube and get yourself ready for…Kong!

The Classic Horrors Club Podcast is part of Downright Creepy and the Phantom Podcast Network. You can listen to it on iTunes and Soundcloud.

Just like that, 2016 is done! Personally, I’m not sad to see it end as I’m excited to see a brighter 2017. However, as I reflect on the films I watched in 2016, it was a year in which I saw a lot of great flicks…and a few not-so-much. I also enjoyed seeing a lot of older films on the big screen, several in 35mm! There was the annual Kansas Silent Film Festival, numerous Cinema a-Go-Go events and I finally made it to watch several Alamo Drafthouse screenings in downtown Kansas City. And let’s not forget attending my first Christopher R. Mihm world premiere!

Let’s get things started with some statistics.

And now, for the official best-of-the-best and worst-of-the-worst. As with any list, they’re subjective to my viewing experience and mood at the time. That’s the extent of how much influence science and film theories play into these lists. Enjoy them and maybe you can get a few suggestions along the way. 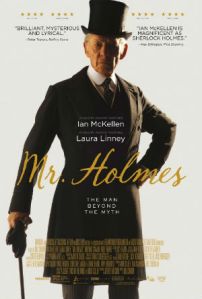