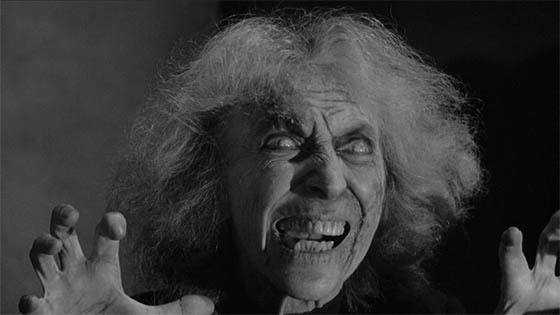 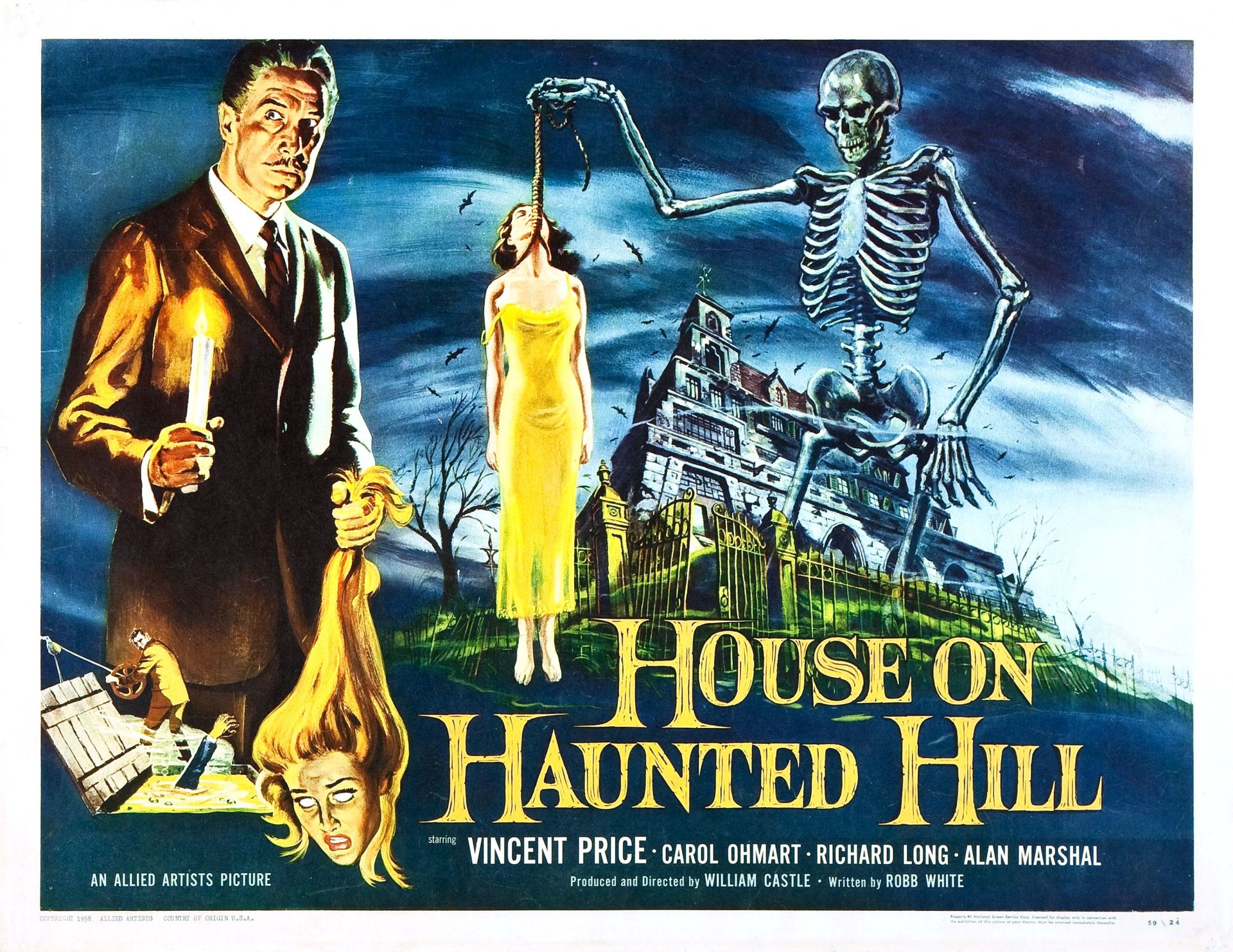 Plot: A plague has devastated Earth, leaving the survivors as zombie-like vampires lurking in the darkness. Dr. Robert Morgan is the last man on Earth who hasn’t been contaminated but when he meets some other infected survivors, he may have the last chance to find a cure.

Personal Thoughts: The Omega Man is one of my all-time favorite films, partly because I love that era of Charlton Heston. So, it’s hard for me to watch this film without immediately comparing Price to Heston. I think Price is miscast here as I’m never quite convinced that he has been alone for some three years, struggling to survive and hunting down the zombie vampires (or whatever we wish to call them, who greatly resemble the Romero some four years later). For me, Price is best when he’s in a gothic setting, so he seems out of place here. The movie is well made and there are some fun segments, including the chase scene towards the end. That said, something has always seemed a little off with this one.

Availability: Available on Blu-ray in The Vincent Price Collection II from Shout! Factory. It’s also available in the public domain but the Blu-ray version is the best way to go. 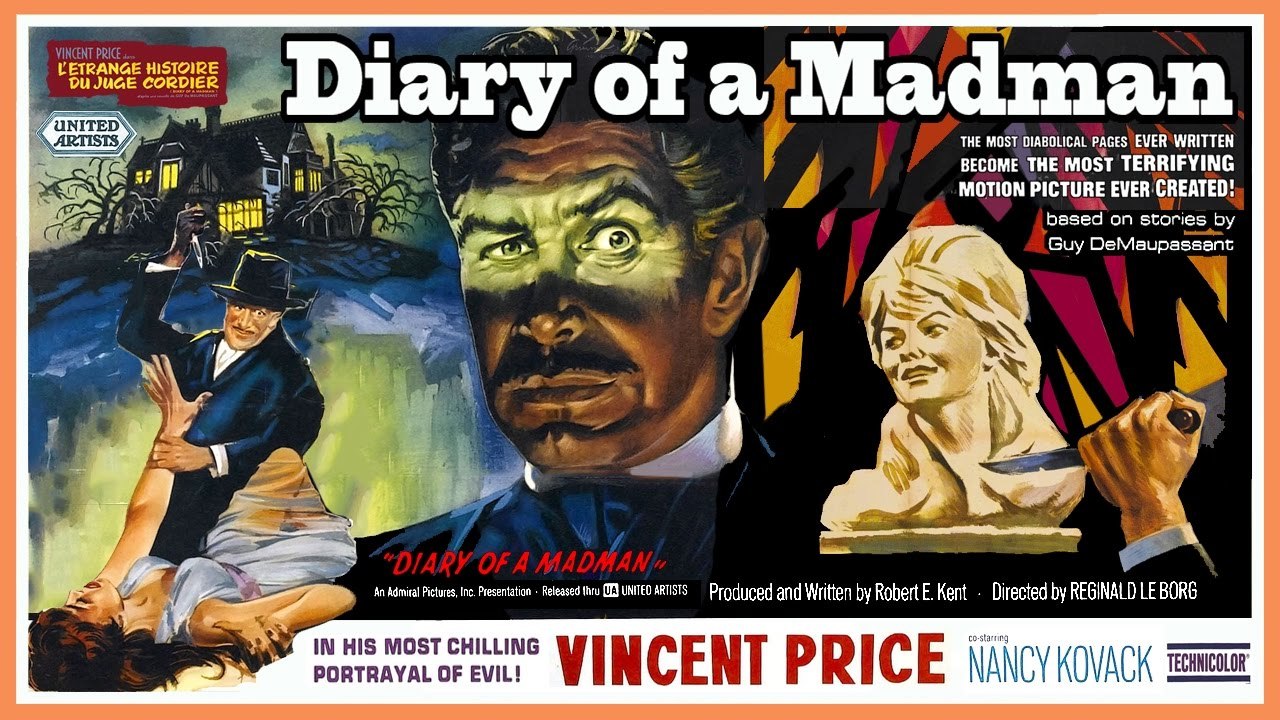 Plot: With King Edward IV near death, his brother Richard soon launches a campaign to seize the throne away from his other brother and two nephews. A trail of murder and mayhem follow and the ghosts of his victims soon drive Richard down a path of madness.

Personal Thoughts: I know I had seen this movie before but upon viewing I realized it must have been quite some time ago as it felt like the first time. While the lack of color hurt the box office results, I personally feel black and white is a better choice, allowing for some great use of shadows and darkness in the film. Price is genuinely evil here, slipping into madness as his character of Richard is menaced by the ghosts of his victims, which are piling up as the movie progresses. This was a unique way to present the story and was vastly different from the 1939 Universal Horror original. The ghostly sequences were a little cheesy at times but the violent deaths remind us just how non-comedic the story is. This is an underrated Price film that is well worth your time to experience. 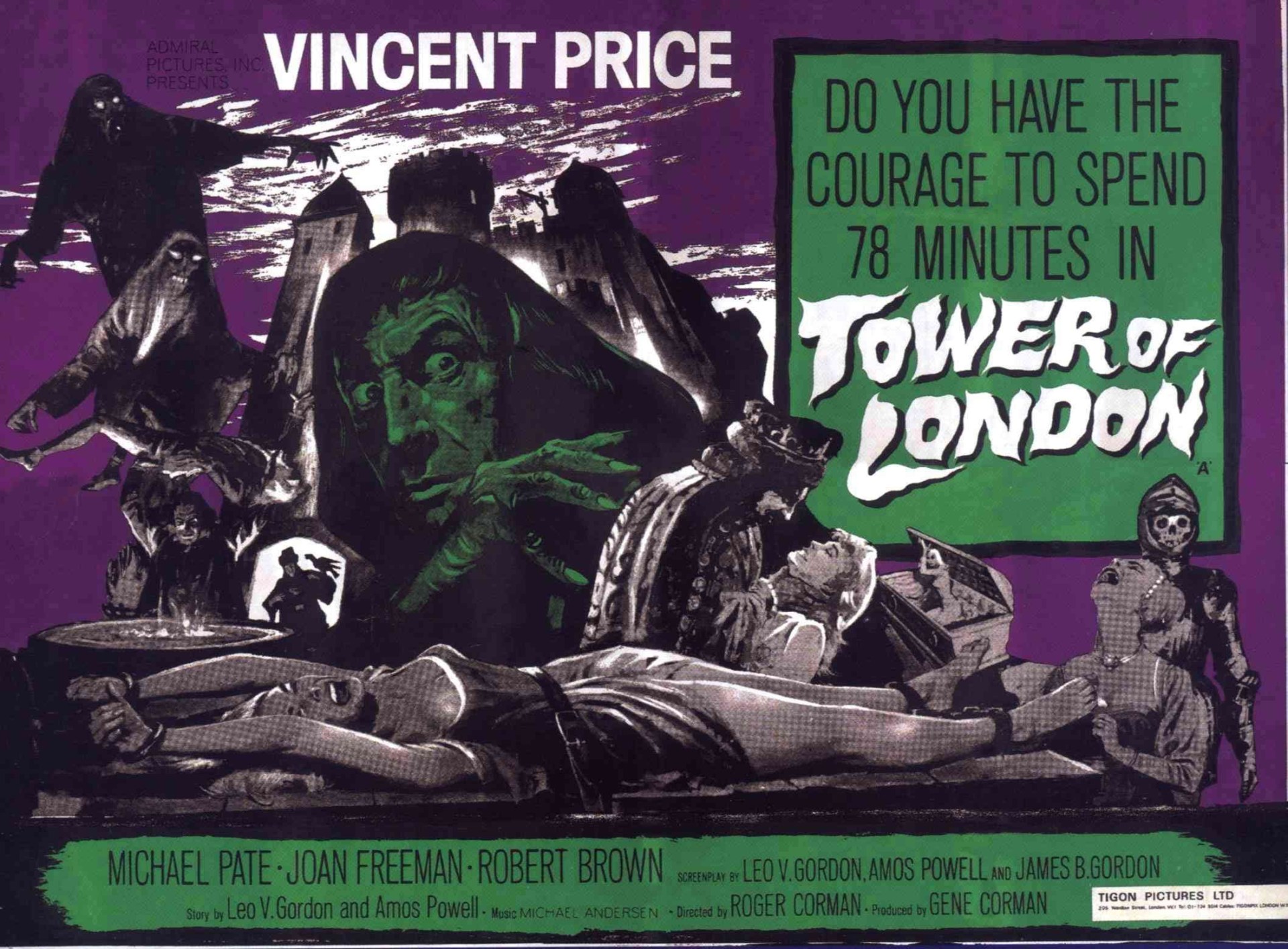 Availability: Available on Blu-ray in the Vincent Price Collection III from Shout! Factory.

Plot: After Francis discovers that his sister has died of a blood disease, he suspects her husband, a descendant of a torturer of the Spanish Inquisition, of foul play. Castles, premature burial and a swinging pendulum make for a deadly recipe of fear.

Personal Thoughts: One of my personal favorites in the Corman-Price-Poe series due to the vibrant colors and fun performance by Price. It’s always nice to see him in devilish roles but here, he gets to play a sympathetic and tortured soul before slipping into madness. The images of him slinking around while the pendulum swings out of control are classic. While we don’t see too much of Barbara Steele, her addition here is greatly welcomed.  Per usual, the Poe connection is stretched pretty thin but better than in most Poe films. This is a true classic that is a must-see for any Vincent Price fan. 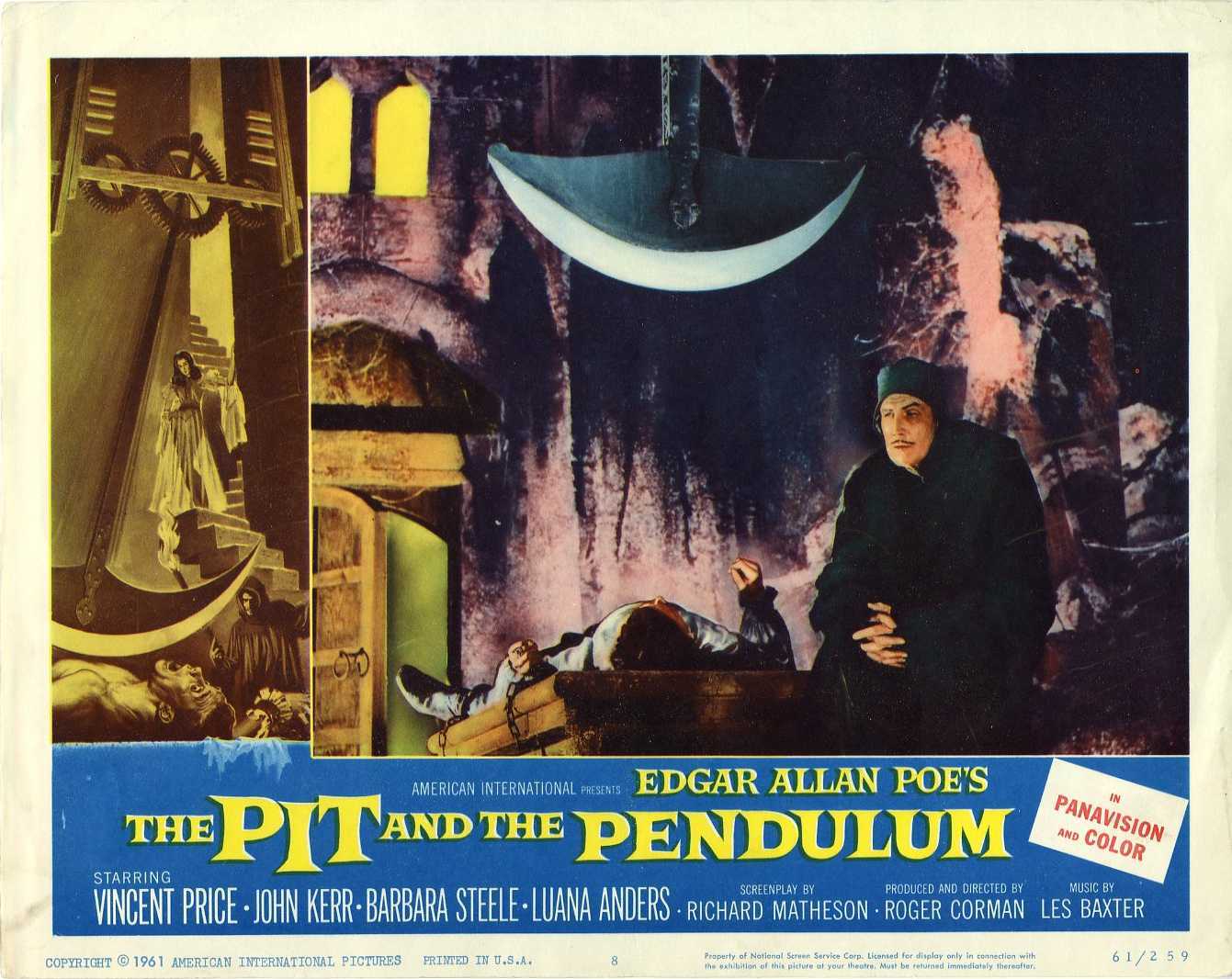 Availability: Available on DVD in numerous versions but the 4-film set from MGM appears to be the best bargain. If you can find the original Vincent Price Collection on Blu-ray for a reasonable price, grab it up as it is now out-of-print.

Plot: Don Gallico designs magic tricks which are sold to other magicians to be used on the stage. When Gallico starts a plan to start his own career, his boss stops his efforts, leading Gallico down a path of murder and revenge.

Personal Thoughts: I first discovered this film through a bootleg copy, which was actually hard to find. Now available in a beautifully restored print, I can say that the experience was greatly enhanced. The movie is not Price’s best nor is it often mentioned among even the top films of his career. However, he turns in a fun performance as a man seeking revenge and falling farther down the rabbit hole. You’ll get some House of Wax vibes along the way, just not quite as memorable. I enjoyed the magic setting and some of the comedic supporting characters were funny at times but they wore thin quickly. Well worth your time checking this one out as Price turns in an entertaining performance. 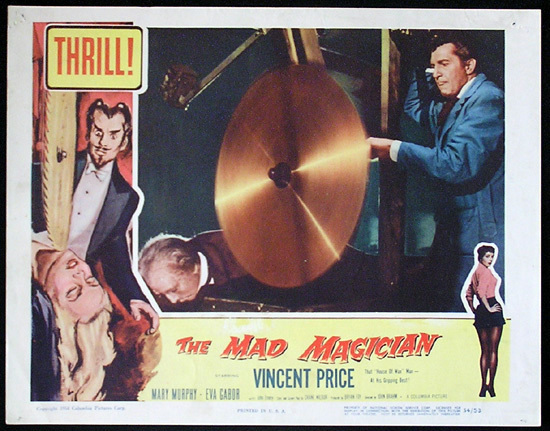 Availability: Available on a limited edition Blu-ray from Twilight Time.

When it comes to the horror film legends club, there are seven core members. In years past, I’ve covered Boris Karloff and Bela Lugosi, I’ve recognized Peter Cushing and Christopher Lee, and this month started off with the Chaney family. Now, the final seven days of our 2017 Halloween journey is dedicated to Mr. Vincent Price. There are so many wonderful films to choose from, I hope you enjoy the seven I selected.

First up is Cry of the Banshee (1970), which I talk about on episode 530 of the Dread Media Podcast. Check it out and tell ’em Monster Movie Kid sent ya! 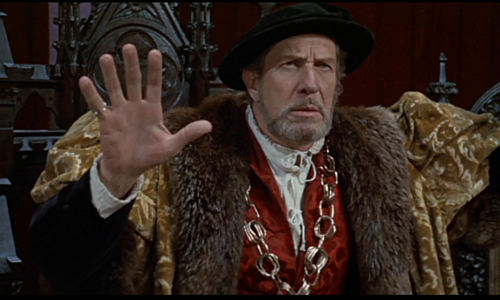 Plot: After her aunt dies, young Marta returns home to discover she has already died. She finds her aunt’s home in disrepair, her uncle refusing to sell the home and her other aunt prepared to sell it to a nearby neighbor. However, she discovers that the rumors of the area being infested with vampires may be true as she becomes concerned and intrigued by her next door neighbor, Count Karol de Lavud.

Personal Thoughts: I really enjoyed my first time viewing of El Vampiro despite a few of its’ flaws. Visually, the film is rich with atmosphere, from cobwebs to mysterious shadows to the dilapidated courtyard, there’s a lot to appreciate on the screen. However, the characters come off as either a little over melodramatic or simply too understated but the plot is interesting enough that they don’t deter from the overall enjoyment of the film. I really enjoyed German Robles’ performance and I look forward to watching him again in the 1958 sequel, El Ataud del Vampiro. Highly recommended for those of you seeking something “new” in the vampire genre.

Availability: Originally released on DVD from Casanegra, it has now gone out of print with copies running near $100.00 or higher. Worth tracking down but be prepared to pay a little more, just be patient for the right price.

Based on the novel by Bram Stoker
Screenplay by James V. Hart
Directed by Francis Ford Coppola

Plot: Jonathan Harker heads to a remote castle to meet Count Dracula and arrange his arrival in London. Unbeknownst to him, the count is a vampire and in search of fresh blood. The Count is entranced by a picture of Jonathan’s fiancée, Mina, and travels to London, where he is headed to a confrontation with Professor Von Helsing, one of the few people who realize what he really is and how dangerous he can be.

Personal Thoughts: I had mixed feelings about this when I originally saw for the first time…and the second time…and finally this time. I think the film is visually great and Gary Oldman’s performance is incredible. I also enjoy seeing Hopkins as Von Helsing although he’s not perfect. However, Keanu Reeves is horribly miscast and really does seem to be sleepwalking his way through the film. The supporting cast is adequate but I wanted to see more of Tom Waits’ performance as Renfield. I may not entirely agree with the focus shifting so much to Mina but it is something different, which I can appreciate. Overall, not my go to version of Dracula but I did enjoy it more this go around than in the past, so check it out again if it’s been awhile for you as well.

Based on the short story Who Goes There? by John W. Campbell Jr.
Screenplay by Charles Lederer
Directed by Christian Nyby & Howard Hawks

Plot: When a group of scientists at an Arctic research station stumble upon a spacecraft frozen in the ice, they discover the body of an alien life form. When the body thaws out and comes back to life, it becomes a battle of survival between the isolated crew and a creature that is a threat to mankind.

Personal Thoughts: The Thing from Another World is not only one of the best science fiction films of the 1950s but of all time. It would set the tone of alien invasion films that became a mainstay at theaters throughout the decade. The feeling of isolation in the frozen tundra permeates throughout the film as the small group of scientists and military men are in a fight for their very existence against a creature from another world. Unfortunately, we never really get a close-up of the Frankenstein-like creature but that adds to the mystery. Oh sure, there are some cheesy lines here and there, not to mention to the odd sexual tension between Captain Hendry and Nikki but they all add to what is a tremendous amount of fun. Highly recommended! And yes, I got to see this on the big screen at Cinema a Go Go as well and it was quite the treat! 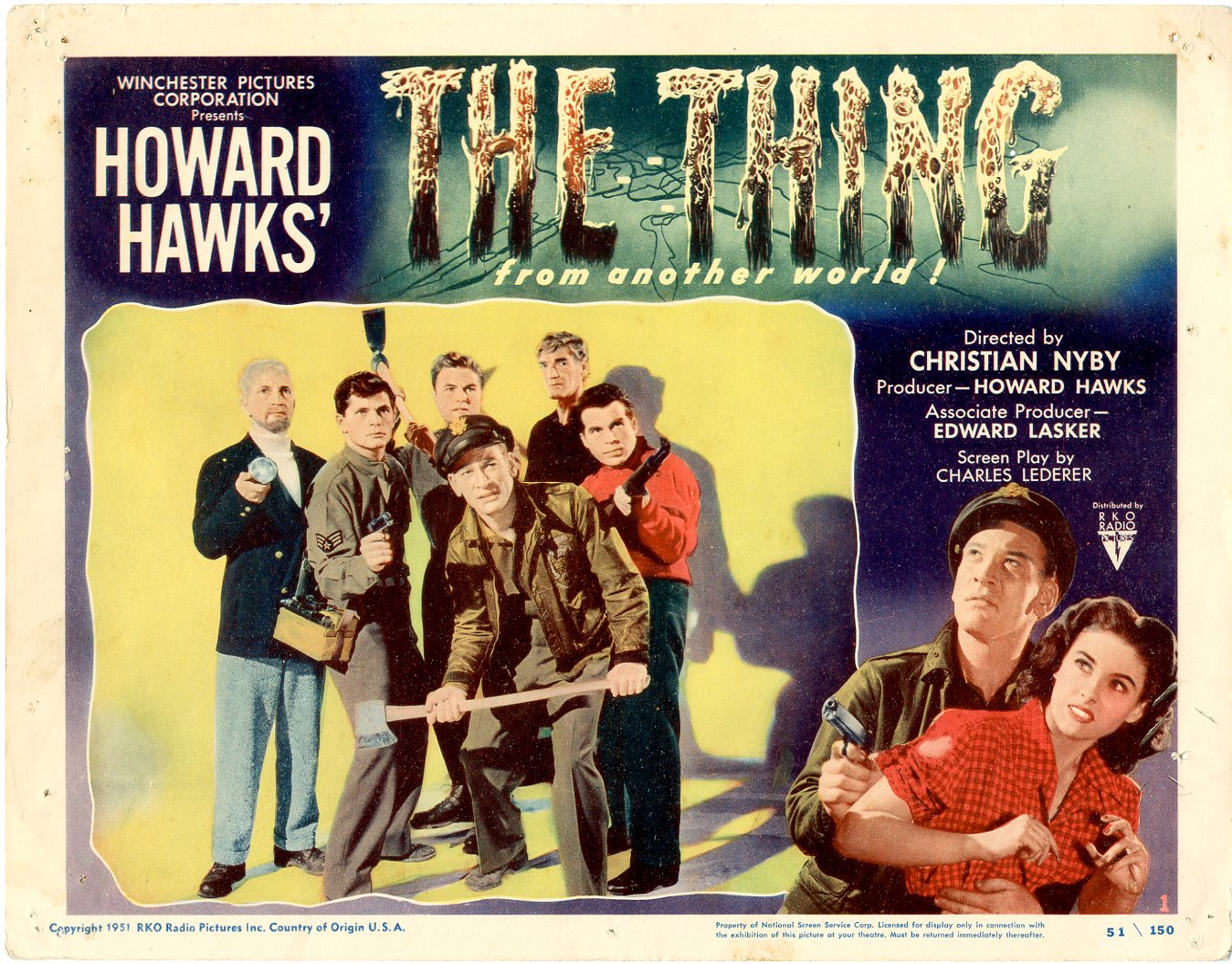 Availability: How is this not available on Blu-ray yet? That said, it is available on DVD from Warner Brothers.